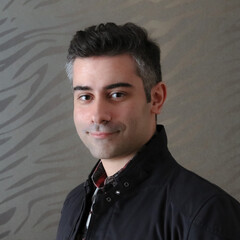 Yasin was born in Iran and quickly fell in love with art since he was a kid. Growing up he followed his passion and started learning computer graphics in teenage years by himself and later got his masters degree in computer engineering. As an art and its science enthusiast, he has been working in the film and animation industry for numerous clients around the world, most notably he was the VFX Supervisor on La Noria short film. He’s also worked on blockbusters like Stranger Things, Black Widow and Fantastic Beasts to name a few. Currently he is living in Canada.